As a cultural discussion it seeks to look at artmaking, design, media and publication from the perspective of applying the philosophy of Śrī Sāraswat Gauḍīya Vaiṣṇavism into contemporary artistic expression. Since the beginning of the Vedic cultural invasion of the western cultures in the early 20th century, the walls of the euro centric artistic vision of divinity has been transformed into a more complex dialogue influenced by the philosophies of India and the Orient, yet the discussion of a divine realm of divine form has yet taken place on the cutting edge of art and design. 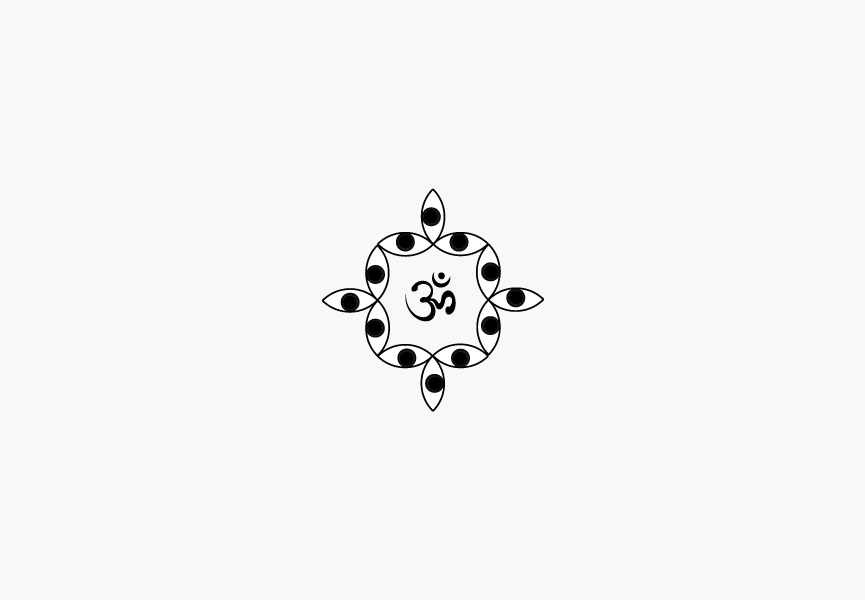 Why the Glance? ~ an esoteric explanation.

According to the Gauḍīya Vaiṣṇava version of reality, the souls in the material world are injected into the womb of maya – consisting of Earth, Water, Fire, Air and Ether by the sidelong glance of Vishnu. This is describe in the following verse from the ancient text   Śrī Brahma-saṁhitā

The Personification of the Transcendental Potency of the Lord, Ramādevī, is Destiny, Beloved Consort of the Supreme Lord. At creation, the appearance of the effulgence of the Portion of Krishna’s Plenary Portion is Bhagavān Śambhu (Lord Shiva) , the manifest male organ of the Divinity– the reflection of the Eternal Effulgence ( Brahman ). Subject to the Potency of Destiny, that male symbol is the portion of the Absolute responsible for the generation of the material world. The reproductive potency that evolves from Destiny appears as the female organ, the embodiment of Māyā, the inferior potency. The union of thse organs brings forth the existence of the Mahat-tattva, which is only a reflection of the Supreme Lord Hari’s Original Seed of Desire ( Kāma Bīja ).

As a visual artist the implications of this are mind blowing as follow purport by Śrīla Bhaktivinoda Ṭhākur show us.

Being endowed with the creative desire, the plenary Expansion of Sri Krishna, Saṅkarṣaṇa takes the initiative in bringing about the creation of the mundane world. Taking the Form of the Predominative Decent ( Puruṣāvatāra ),He reclines on the Causal Waters and casts a glance at Māyā.

That Glance is instrumental in the cause of  the creation.

The twilight image that is refected effulgence of the Almighty is effectivly the organ of generation Śambhu, which unites with the reproductive parenphenalia of Māyā, the shadow of Ramā‘s Potency. Then, the reflection of the Orginal Seed of Desire, Kāma Bīja, emerges as the Maha-tattva, the great or universal seminal principle, and engages in the creative function. The initial manifestation of the desire created by Mahā-Vishnu is known as Hiraṅmaya Mahat-tattva: it is the mental principle of readiness for universal creation.

The inner conception here is that assuming both the instrumental and efficient causes ( nimitta-upādāna ), he Will of the Predominator or Puruṣa creates. The Instrumnetal cause is the personified as Māyā, who represents the femal reproductive organ: the efficent cause if personaified as Śambhu, who represents the male genrative organ: and Mahā-Vishnu is the Predominator, or the Inaugurator by His Will.

The Primordial ingredients or Substance ( Pradhāna ) is efficient, while the femal receptacle princple (prakṛti) is Māyā: and the willing factor that unites them is the Manifestor of the illusory mundane world, the Predominator ( puruṣa), who is a plenary Expansion of Krishna. These three form the Agency of univeral Creation.

The orginal Seed of Desire, Kāma Bīja, that exist in the Goloka, is Pure Transcendetal Cognition, and the sees of desire that exist in the material world is a manifestaion of the shadow pitecny personified as Kāli and other forms. Despite being the prototype of Māyā, the Origanl Seed of desire is infinitely distant from Māyā: the mundane seed of desire is an illusory reflection. The process of Śambhu’s birth is describe in verse ten and fifteen.

Maheśvara śambhu, the male principle of the effient cause representing the primal mae organ, is united with the instrumnetal cause representing by his Māyā potency. Mahā-Vishnu, the Lord of the universe, partially advents within him by casting His glance.

Śrī Nārāyaṇa, nondifferent from Krishna , presides in the Paravyioma, the area of the Spiritual World predominated by majesty and revernce. Mahā-Saṇkarṣaṇa is one of Śrī Nārāyaṅa’s Quadruple Expansions or Catur-vyūha, so even He is a Plenary Portion of Krishna’s Naraya form. By His Spiritual Potency, Maha Sankarana’s Plenary Expansion eternally reclines on the Virajā river, which is situated at the point midway between the Trancedental World and the mundane world.

At the time of universal creation He cast a glance at the distant shadow Māyā potency.

At that monet, the relfection of the Intrinsic Form of godhead in the Form os his Divine Glance– Śambhu, the lord of the Pradhāna or primordial material elements, the enrgy of which is personified by his Rudra form–unites with the mundane instrumental cause, Māyā: but he is unable to act without being empowered by Mahā-Vishnu, who represents the direct Divine Power of krishna. Therefore, the material seminal element (Mahat-tattva) can come forth only when krishna’s plenary Explansion, that is–the Primal Avatāra Mahā-Vishnu who is a Plenary Portion of Mahā-Saṇkarṣaṇa, who is a Plenary Expansion of Krishna– sanctions the mutal function of Śiva’s Māyā potency and the efficent causla primodial material elements.

With  Mahā-Vishnu’s saction, the Śiva’ potency progressivaly creates ego ( ahaṅāra) and the five basic elements ( paṅca~bhūta) of ether, air, fire, water and earth, the subtle form of their attributes ( sense objects, tanmātra), the mundane senses of the conditioned soul. The indivual souls or Jīvas enamate as particles of the rays of the effulgence of Mahā-Vishnu.

For the average reader the mind has as exploded or convulsed with cultural rejection from this esoteric explanation. For those whose minds are attracted further the following two articles are perfect to give a conceptual foundation to grasp the context of these verses and their explanations. ~ A Lecture by my Spiritual Master Śrīla Bhakti Sundar Govinda Dev-Goswāmī Mahārāj establishing the conception of the reality of the Transcendental world.

The mind hurts as the heart inverts