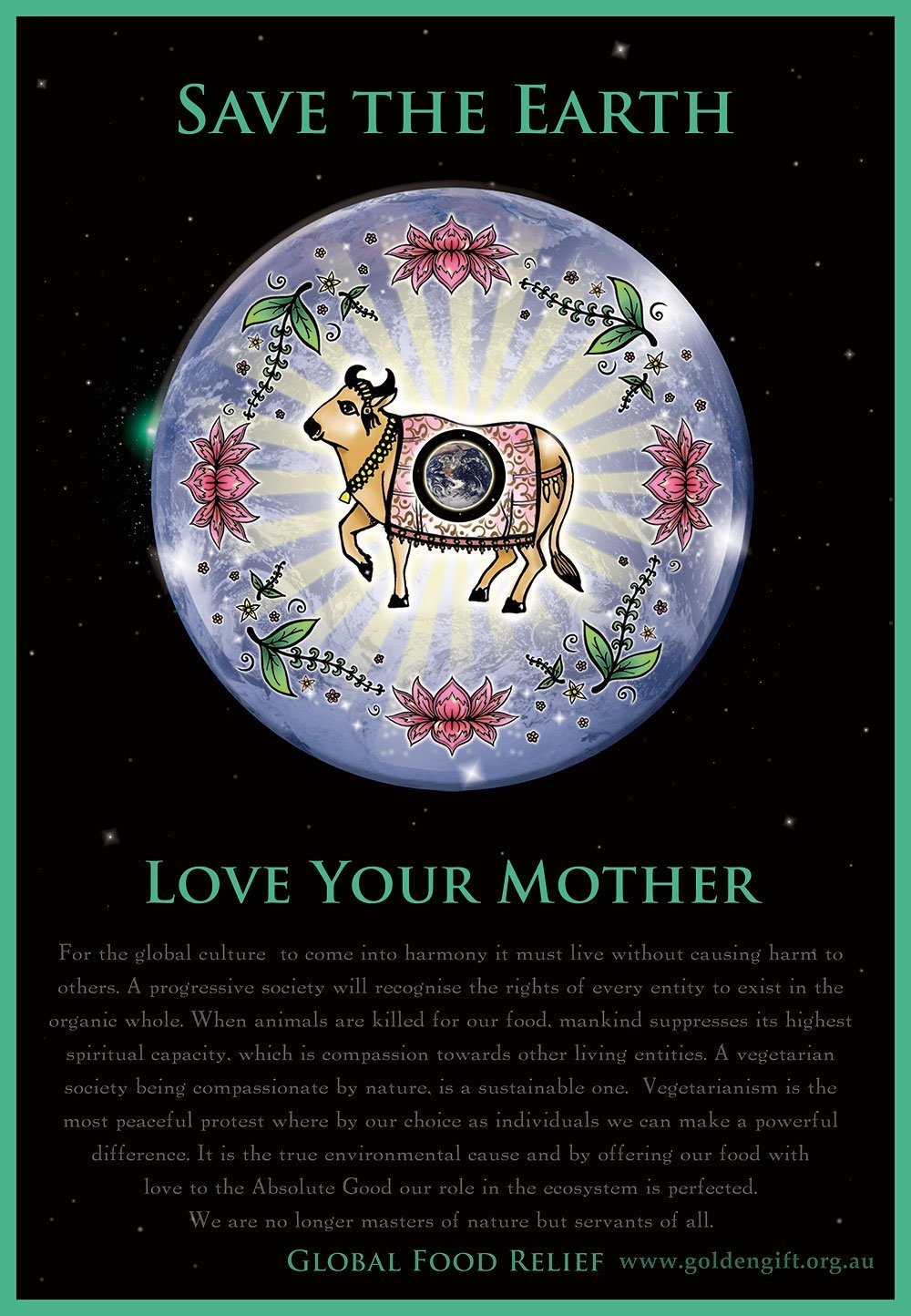 This is a poster I created for a charity project I started the golden gift . I haven’t done much with it since I’ve had children but have hopes to give it more energy once all my kids are at school.

The idea came from a sticker I saw with the same slogan but a banal clip art type motif of the earth. We wanted to make stickers for selling at festivals and rock concerts to raise funds for Prasadam Distribution ( vegetartain food offered to Sri Chaitanyadev and given out freely with the chanting of the Hare Krishna Mahamantra ) programs I was running in the early 2000s. Originally we made a condensed version of this poster as a sticker aswell as an om sticker given out for a donation. I took the design further and made the following poster series and extension of the product range. This last one did not quite make it to the production line as it was decided to be a controversial for distribution and out of place with the rest of the images. I really like it as an graphic so I’m adding it here as part of the collection.